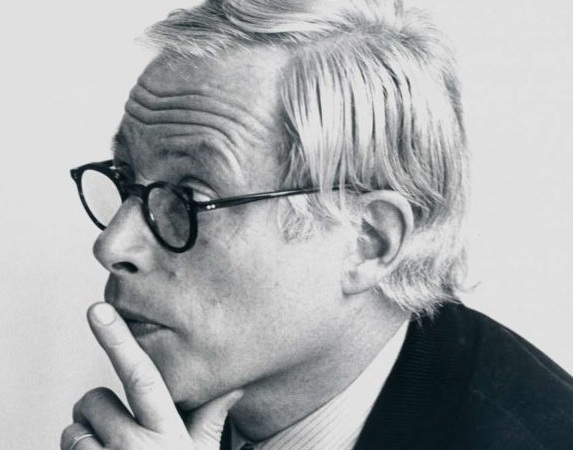 Dieter Rams (b. 1932) is a functionalist German industrial designer known for his work with Braun and Vitsoe.

In 1947, having recognized Dieter’s talent his father enrolled his 15-year-old son in Wiesbaden School of Art to study architecture and interior design. After two years, Rams left the school to take a three-year carpentry apprenticeship after which he returned to the school and completed his degree with honors in 1953.

During his absence, the school took a decided turn toward modernism. It was then that Rams was introduced to German modernism and the Ulm School of Design. After graduating, he worked with Otto Apel’s architecture firm and was further exposed to modernism through the firm’s association with modernist colleagues in America. These brushes with modernism would prove fateful two years later when Rams accepted an in-house architect and interior design position with Braun to design new office space for the company.

Rams went to work planning a new space that included a wall-mounted shelving system. With this design, his collaboration with Vitsoe was born. With the approval of Edwin Braun, Rams took the idea to Vitsoe.  One year later, the Vitsoe 606 Universal Shelving System was launched.

In the early 1960s, Rams used his architecture background and began work on a planned community in Kronberg for Braun employees. “Roter Hang” is a community of grouped and terraced bungalows that line a sloped hillside. There can be found his only fully-realized architectural design;his L-shaped dopplebungalow. Although Braun delayed the project, it was eventually completed by Rudolf Kramer in 1974. The community, as well as Dieter Rams’s personal home, which is a testament to his personal credo of “less for more,” due to its modest footprint and sparse decoration, have been granted protected status and designated a cultural monument.

Rams is known for his “10 Principles of Good Design,” one of which is “environmentally friendly.” In a 1976 speech, Rams said, “there is an increasing and irreversible shortage of natural resources.” He has long believed we must “move away from the throwaway habit” and “[that] it will be less important to have many things and more important to exercise care about where and how we live.” Dieter Rams products fully embody his 10th principle – simplicity and purity.

Dieter Rams retired from Braun in 1995, but continues to work for Vitsoe. He and his wife still live in the Roter Hang bungalow in Kronberg.

“Question everything generally thought to be obvious.”
― Dieter Rams